Since the last post we've been pretty busy helping Willow to settle in, which was especially hard given that she ended up having an infection. After an initial course of treatment she ended up having to go on a course of antibiotics, which was unfortunate but one of those things; that in turn meant that we had to put off her second vaccination until Friday. So now we're just waiting until Wednesday until she can get down on the ground and have a taste of freedom! She's getting pretty fed up of being carried all the time, and she's also getting pretty big!


Already in the few days since that picture was taken she's grown quite dramatically! We've taken to using the bike trailer (which has an add-on wheel and handle so you can use it like a pushchair) to push her around, because it's just so hard to carry her all the time! I don't have any good pictures of her in there, so here's a picture of her in there asleep today... 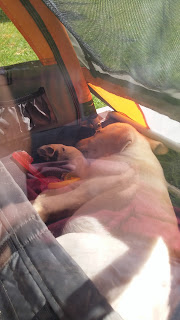 We went to see the fireworks at Lands End on Thursday, which was a first for us. My instinct was that it would be a bit tacky, but we thought Isaac might enjoy it and that it would be a good experience for Willow, to hear all the bangs and see that we weren't phased. Quite frankly I was very surprised, it was a great show and I'm pretty sure we'll go down there again. Lucy's phone was playing up and waiting to be hit with my magical fixing hammer, so she borrowed my phone and got some decent pictures. 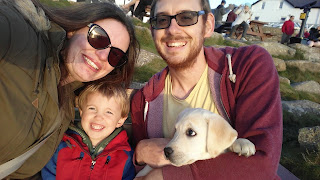 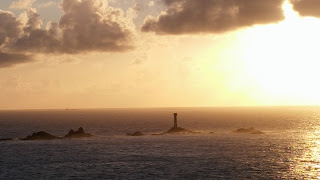 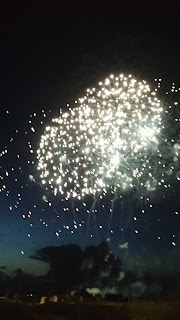 It's looking increasingly like summer is pretty much over, although every time we think it's done it picks up again. Here's hoping we'll have one last hoorah before it's all done, and then we can enjoy autumn. Hopefully we'll have a relatively dry and warm enough week around Isaac's birthday in September.
In other news I've been working on a replacement for our home-automation set up, following the news that NinjaBlocks have gone bust, I'll be writing a blog about that over on TwinkleBob.co.uk, once I've got it reasonably sorted. I've also been working on some other blog posts; hopefully I'll finish one of them one day!
Posted by Unknown at 09:00