And more than two months have gone by...

It's been quite a while since I last did a catchup post, over two months now! So this one won't be quite as detailed as the others, but more of a quick skim through what I/we have been up to. Be warned, it is long.

We've met up with some friends who have come down here to be the Corps Officers (Salvation Army church leaders) in St Ives. Lucy was meeting them pretty much for the first time, for me it was more of a huge catch-up, having not seen either of them for many years. Having now met a few times I'd like to think we're well on our way to becoming good friends. We're just trying not to think about the fact that they'll have to move away in a few years...

As a sure sign that Isaac is growing bigger, we bought a car seat and I blogged about our choice. We had been fortunate that he had managed to fit in his first car seat for almost the first two years of his life and went for a rear-facing model to maximise safety.

Also related, Isaac's gone from barely walking to now running around quite confidently (apart from the other day when he took a tumble on the road outside our house and managed to graze his forehead...) 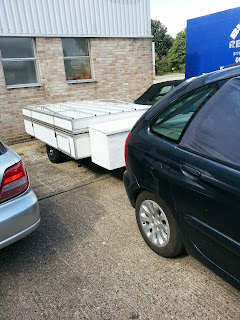 Early in September we bought a caravan, to allow us to take some holidays away from home. We wanted a particular model of folding caravan (a Rapido Export-matic) so I travelled all the way to Kent to pick one up at a very good price. Unfortunately on the way home one of the tyres burst and did some damage to the floor, but it's all repairable. The caravan also turned out to be the slightly older Export model, but it's not much difference. We're looking forward to getting her out and exploring some more of this country near and far. We've already decided that our first week away needs to be the New Forest, but we'll probably take her for a weekend somewhere closer to home.

Now we just need to get that garage sorted so we can fit her in!

Mid September Isaac had his second birthday! Woo hoo! I took the day off and we headed to Lappa Valley Steam Railway. We had an awesome day, despite some dodgy weather. Here are some photos: 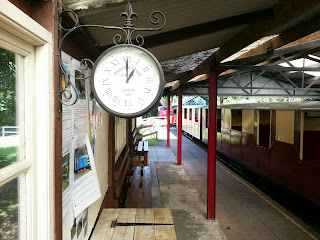 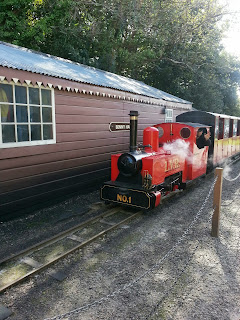 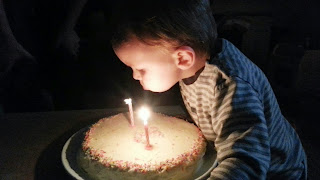 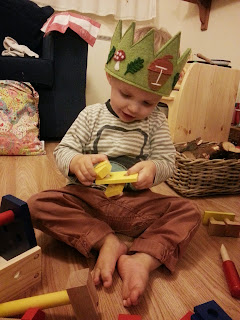 Towards the end of September Lucy's family all came down to see us, which was lovely. We saw Mousehole and St Ives and on their way back up the county we popped into St Agnes for lunch on the Sunday. Isaac had loads of fun throwing stones into the sea with Nanny in the rain! 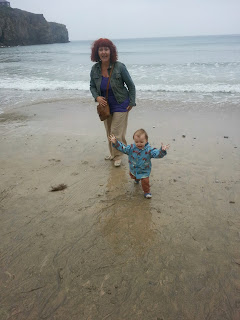 When they'd all cleared off we set to work turning the spare room of old into Isaac's bedroom (so now there's even more in the garage... oops). There's no rush to get him to sleep in his own bed, but he's loving having his own space to play in etc. 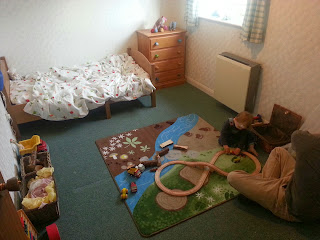 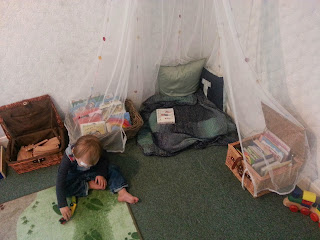 This last week I've been off work, which has been lovely. We originally planned the week off to use the caravan, but circumstances meant we had to adapt. We used the week to get some stuff done around the house, and make a bit of room in the garage (thanks to a car boot sale on Sunday). We didn't waste it all in the house though, we went to soft play, visited Lands End, went swimming at a great pool with slides and we also went on walks around the village.

Last but not least, here's some highlights from various parts of the internet: